This new feature is meant to offer short takes on what our editors and writers are responding to at the moment. Where we typically focus on the work and activities of our members, here we explore the larger encaustic community. We hope you see it as a reflection of what interests you as well. 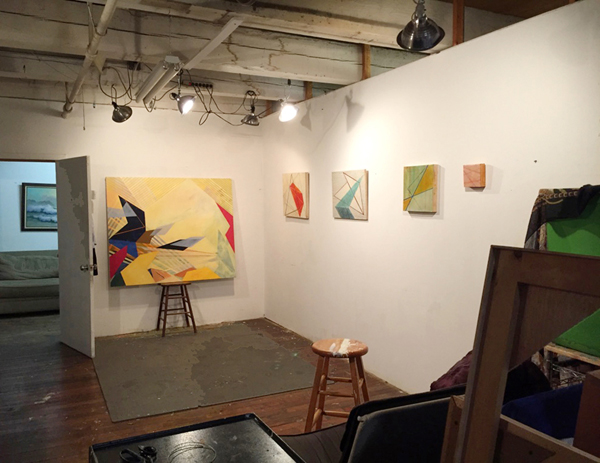 Steven J. Cabral: Studio view with The Constant Battle Between Me and I, 2016, oil and cold wax on canvas, on the back wall, and paintings from his current series, Ukiyo


We open with the work of Steven J. Cabral. A graduate of Massachusetts College of Art and Design (BFA in Painting, 2009), he maintains a studio in Somerville, an artist-friendly city in the Greater Boston area. Steven has created several series of ambitious geometric abstractions--some in oil and cold wax, some in oil and encaustic. Here we focus on the oil-and-encaustic paintings from his recent Ukiyo series. Via taping and scribing, Steven achieves hard-edge, angular compositions reminiscent of Russian avant-garde paintings of the early 1900s but with a palette and sensibility that is very much of the 21st Century. He describes his work this way: "This collective body of works is a synthesis of my inner thoughts and emotions, which are depicted in narrative hues and shapes that capture the fleeting momentary fragments of past, present, and future." See more at stevenjcabral.com. --J.M. 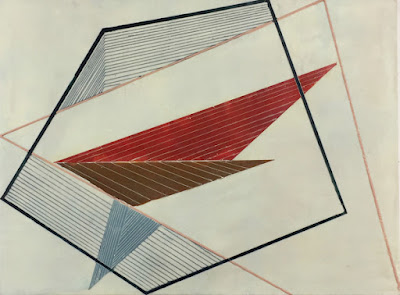 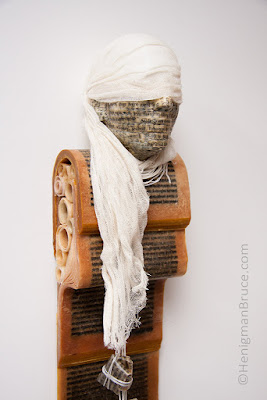 As artists we spend a lifetime thinking outside the box, often living and working there as well. With the recent U.S. Presidential election—which has affected all three countries in North America—we have found ourselves resisting in ways we haven’t since the 1960s, and in ways younger artists have never done before.


Canadian Kim Bruce was set to travel from Alberta to Seattle for her two-artist show, Material Memories, in March at Frederick Holmes & Company. Instead, with her gallery’s full support, she boycotted her own show to protest Trump’s travel ban.

“Canadians were supposed to be able to travel freely to the States as long as we had a Canadian passport. Turns out this is not true,” said Kim, as she shared plans of her boycott. “If you are Muslim or even a Canadian-born Muslim, you can be questioned and turned back.” In solidarity, Kim stayed home.

You can read more about Kim’s decision here and see more of her work here. – J.M.

Exhibiting at Conrad Wilde Gallery: Resist: The Art of Disruption 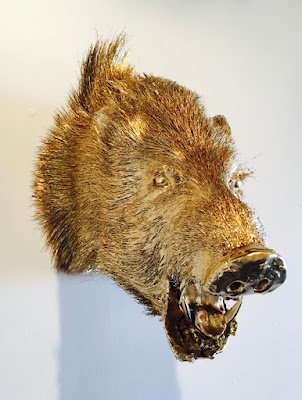 Featuring the work of 16 artists, Resist: The Art of Disruption, at Conrad Wilde Gallery in Tucson, Arizona, was organized and mounted within three weeks in response to the election of Donald Trump. “When the Electoral College did its job with the presidential election, I knew I needed to take action,” said gallery founder Miles Conrad. Resist ran from January 20 through February 25, 2017, and clearly spelled out the gallery’s opposition to the election in its curatorial statement as well as with the work exhibited:

.
“This exhibit is intended to add to the body of imminent visual culture that is arising in response to and in protest of the obscenely unqualified, divisive and pathological figure that is Donald J Trump. On the levels of policy, rhetoric, and persona, he is widely held to be the most dangerous public figure to ascend to world political power since Adolph Hitler. Never has a presidential inauguration sparked such widespread protest, both in the Unites States and on every continent abroad.”


The statement closed with this line from the poet Audre Lorde: “The Master's Tools Will Never Dismantle the Master's House.” 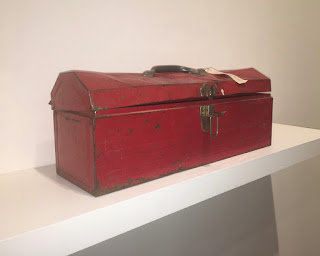 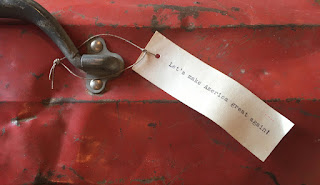 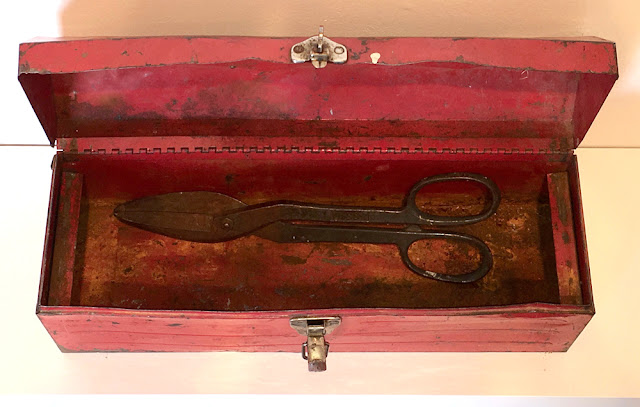 Although Conrad Wilde Gallery has had other shows with political content, including those intended to raise visibility for women artists and for queer artists, the impetus for the gallery’s first “strictly political exhibition” was clear. “I feel that the principal values that define our country are under siege,” Miles said, and that the checks and balances that would ordinarily restrain unchecked power are quickly disintegrating.”

Response to the exhibition has been positive. “Almost a hundred percent of the attendees at Resist have been supportive,” says Miles. “We've had inspiring conversations with gallery visitors with whom I would normally not discuss politics so candidly. There have been a few people who have walked through the show quickly and left silently. I can only interpret their silence as consent for what is happening.” For more information: www.conradwildegallery.org --Nancy Natale 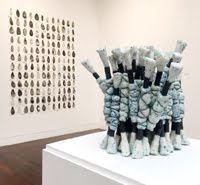 Installation view of "Organic to Geometric" at the Provincetown Art Association and Museum, with Susan Lasch Krevitt, foreground, and Toby Sisson. Click pic for the list of articles in this issue 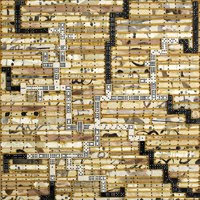 In the header: Nancy Natale, "As Sweet As Honey" Click pic for a larger image and the artist's comments about this work 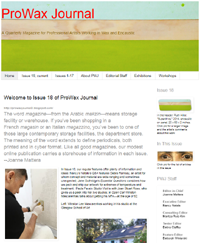 The BLOG ARCHIVE below contains links to every article in every issue since #16. The current issue is listed fully. For previous issues, click onto the tiny arrow to the left of the date; a full list of linked articles will drop down. For Issues 1-15 click onto the picture above; it will take you to a live-linked list of issues on WordPress.

Our Members in the News 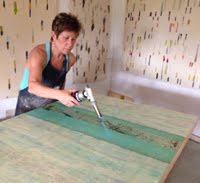 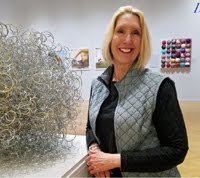 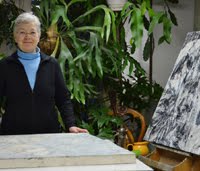 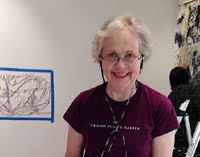 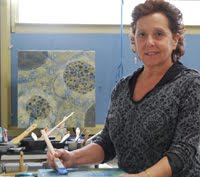 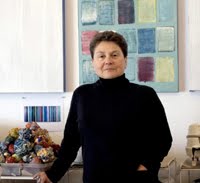 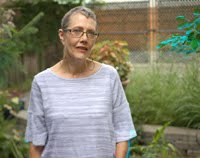 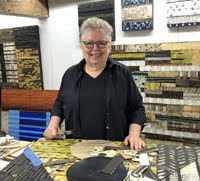 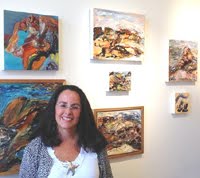 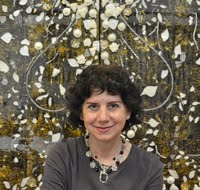 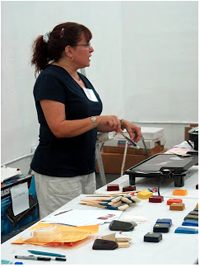 Do You Know About ProWax Forum?

"ProWax Forum is a discussion group for all things art-related with a focus on wax and encaustic material, technique and vision. Members of ProWax Forum include ProWax Group members, professional artists working in the medium of encaustic and those interested in learning from us," says ProWax member Deborah Winiarski, who founded ProWax Forum. Click pic to visit the Facebook site

All materials contained on this site are protected by United States copyright law and may not be reproduced, distributed, transmitted, displayed, published or broadcast without the prior written permission of ProWax Journal or in the case of third party materials, the owner of that content. You may not alter or remove any trademark, copyright or other notice from copies of the content.

The opinions expressed in this publication are those of the individual staff members, who who write, edit, and produce this publication as a service to the encaustic community. Staffers are not paid, and readers are not charged, although donations to maintain the site are welcome.